One of the issues that afflicts the politics of the moment is the way that people revise history to suit their stories of today. The predicament of an act of union signed in 1707 is the rising of a rampant English nationalism based on an idea it has achieved anything of note globally beyond a trophy in 1966. They cite wars singlehandedly won as if there was no sacrifice made by others. But this cannon fodder of black and brown could only let the triumphalism of Great British brothers remain for so long.

For as millions died in far flung places, then came here to help rebuild spaces and thus brought this land to be shared by different races, the inhibitions of the hard boiled British class began to clash with the chickens of Empire coming home to roost. And though there is real vulnerability in the agitators’ actions, refusal to acknowledge the weasels and ferrets of weakness and fault is tearing their hen house apart.

Because the luxuries that even the most deprived here enjoy, the tea bagged in boxes on the kitchen counter, ripened bananas in the fruit bowl, show this global order begun to rape the world that’s not ours long ago. And even in the reprehension, there exists such enormous goodwill towards, specifically, England from around the world. It’s a reference point, a motherland even, sought after for so long as the place for people to make better lives from. But 19th and 20th century lies are being found out in the 21st. 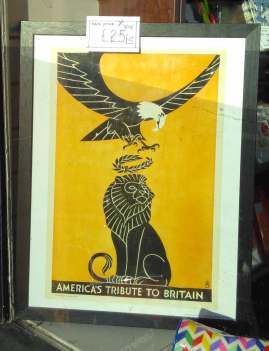 Those self defined as British who drank gins in the Raj and piled up the peppercorn steaks in Rhodesia, characterised those who failed to speak a second language as well as their first as inferior. And so proceeded four hundred years of fluffing pillows but the bed’s been made now. They’ve brought about a reckoning as their indulgences neutered their culture and their offspring now crumble in panic, thinking they’re superior yet not keeping up.

If people weren’t let down by self seeking leaders and could look beyond the naval gazing, it would be easier to recognise that the way’s the world is changing is not just an abrasion on this prosperous nation. This state called Britain is incapable of seeing the fruits it has stolen. The apple cart’s been tipped but we’re still drinking the cider and we’re turning rotten.

So Scot’s wha hae think they’ve found another way. ‘We invite you’, ‘you’re welcome here’, say those proclaiming the inclusivity of a rainbow nation that even when it’s sunny, it’s pissing down. But if we own the contradictions of our weather, then do the same for the narratives we blether because our fortune today is our circumstance and the circumstance made its fortune from plantations. Enlightened development is what lets the self righteous cut down Jamaica Street like St Vincent. And because we’ve got the tools to be comfortable with a theory of the world today, it’ll be for nothing if we hide behind the crimes of Britain to exonerate the role our history played to profit from the beginnings of a new order that is beginning to change once more.

Still, fuelled with this awareness, Scotland’s got to go. It’s a responsibility. If you were standing at the doorway of a burning building, why would you stay when the landlords give you neither matches to keep it burning or a flannel to put out the flames. Solidarity with the seekers of self immolation seems ridiculous when an escape would show to others there’s sky beyond the smoke.

When modern day Mosley’s wave flags in Brussels at Irish dignitaries to brag about new opportunity, they ignore those that have benefitted from generations of peace. Not all the young and the woke have always been or are of an elitist class. Their roots only have to go back a generation or two to means more limited, within and out with these islands.

Many who fought in old wars would have been immensely proud to see how generations smoothed so that untold numbers of young in Britain would meet, fraternise and fall in love with the great grandchildren of who they were forced to fight, kill or colonise. Tell a better compliment for their sacrifice.

Forget the bombastic declarations, the inability of those with power to use language that is empathetic, creates only further disharmony that they’ll try and capitalise on again in the future. They created the conditions for those men to die and they’ll pave it again now with their recklessness. But if soldiers can play football on Christmas Day, maybe it suggests that differences between people don’t take that much to go away.

From those same fields, the poppy’s are now worn for remembrance but the political point scoring this creates means leaders wear them unthinkingly, like it’s a dismissal. And we should never really forget.

New worlds spring forth fae the ashes and if we’re smouldering now, try not despair and head for the clearing. And trust it’s where others are headed too.