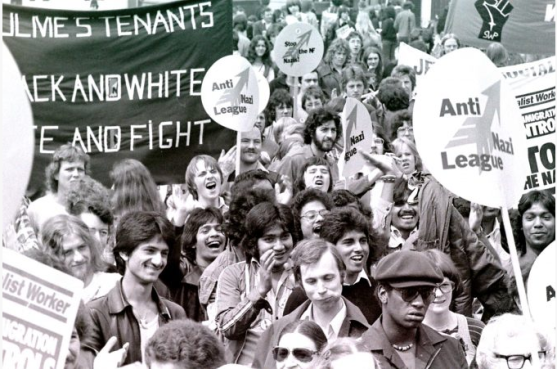 ‘Wot’s the use of talking like that? You know very well that the country is being ruined by foreigners.’

‘We finally have control of who we let in.’

Who is this ‘we’ the Prime Minister speaks of? 110 years on from Robert Tressell, what has changed in attitudes? In the month a government unable to structure anything successful for the future of its citizens, dealt away the rights of millions to save face, I want to try and talk up an England that I think exists far removed from the crumbling edifice of ‘Great’ Britain.

I went down to Manchester at the end of September to see some friends who showed me some of what’s going on. Working with The Gaskell Garden Project, they were putting on a five course African and Caribbean inspired dinner. The aim was to raise money for folk in the neighbourhood affected by another failing of British state leadership, the 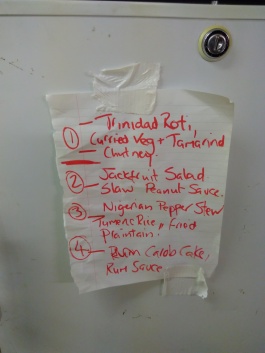 Windrush crisis. Here in a theatre come community centre in Hulme, the stage which was once treaded by Nina Simone and Charlie Chaplin, was collaborating with the community, showcasing solidarity and putting on a period piece. This is Manchester in 2018.

The music and flavours that flooded the room spoke of something that has been around for some time and it certainly wasn’t a Tory interpretation of Britain. It was soulful, confident and everything England is that it doesn’t realise it to be.

I sat around this evolution of cultures and saw it as a privilege to be a part of this community for a night.

Modern England appears to be made of myriads of stories like these, identities based more on localism than something nationally defined.

People look back to a time when they believe this collectivism was more prevalent and find ways to point out what’s changed in a world where they no longer feel that. But as Tressell showed, the instability of life for the majority of people is a historical constant. Blaming foreigners because Britain isn’t what it used to be is a waste of time. It’s never been what it used to be. Culture is an indicator of ways of life, but ways of life are constantly changing.

And though it has been the dominant part of Britain throughout the state’s existence, contrary to some attitudes, England is not an island, it’s a part of an island. Its identities are expressed one dimensionally by a ruling class that find it easier to purport when it feels like the concept of difference is seas or oceans away. That seems to be where this superiority complex develops, from that notion of separation.

And despite the arrogant posturing of its history, it was never the sole conqueror of the world. Scotland has a distinct identity but it props up this small island mentality by being the peg that holds the British coat. England is reminded of its empire past more than Scotland so it remains entangled in a straightjacket not entirely of its making.

If it starts to move on from that history and face up to its place in the world, it must face up to its place within an island. For this island is just a part of a bigger picture. And these ideas are bigger still but the remedies are smaller. Identity is personal and England more than any country has made the global local.

Mongers of fear tell the impoverished that European culture is declining, no longer great, implicitly or explicitly blaming the influx of migrants from other parts of the world as the reason for it.

And it’s true to say that old cultures are in decline but surely the issues are not down to the influx of others. To feel isolated and marginalised is a symptom of many modern societies. Constant consumption and menial work fuels an existential crisis as so many seek a purpose. The titanic benefactors of this pillage the globe and give back so little. When that is the conditions that are set, if people feel the stress of difference bearing down upon them, who is it to call them out with spite? Bestowing bigotry upon the bigoted is not an answer. There must be other ways to address the fear. To show that it’s maybe the likes of Amazon not Arabs that are the problem.

A couple of generations ago, Mancunians might never have even met anyone from the Caribbean, Pakistan or Doncaster before. Now their offspring are eating and creating music with them.

Now their offspring are them. This is post imperial England and it’s time it became more self aware. Its language is the global language, its fashions the attainment. The cooler parts of Britain were almost always English. And now this is fused with elements from around the world. There may at times be tensions but I think that there are few places in the western world where multiculturalism flourishes as cohesively as England. The British Empire set the conditions of mass movement but England took that on more than any other part of Britain. These are starting points that other countries, arguably clashing more with incoming cultures, don’t have nor began with.

Britannia ruled the waves but England is a green and pleasant land.

Much of England wasn’t prepared for influxes of other people into small communities. They had to adapt and though that at times led to division, when people work for it, it works well. As I saw 100 hundred people feast on vegetables and spices I saw this cooperation in practice.

If you become insular to protect your culture, you’ve already lost it as you expose its limitations and inability to adapt. You have let this enemy you have created, along with your fears, win. You have exposed your weakness and violent reactions only further that more. Weakness is no bad thing, it is ok to be vulnerable but the culture you

speak of is not going to come back. You’re not helping to develop it by clawing at the winds that blew yesterday. It was always a breeze and blew from something else before it. So rather than fixating on what is lost, what can others do to find your strength and help rebuild a community that exists around you?

I’m fae a background that is not exposed to the challenge of ethnic diversity but I see it working in places. And watching so close but from afar, my ideas in Scotland are blessed with an opportunity to be idealistic. Many people here are removed enough from the challenges of multiculturalism that they can use that distance to mitigate and understand the tensions. For me, it’s not productive to decry others for their bigotry and their racism when I don’t face the same existence as them and it’d be a violent condescension to try. 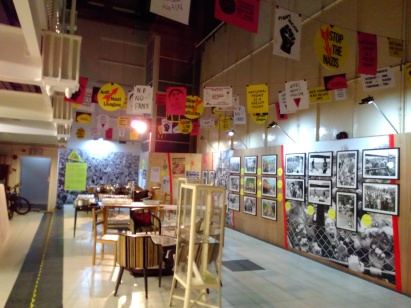 These tensions aren’t new either though. I walked around the back of the theatre to see an exhibition on campaigns of anti racism in the 1970s. It shaped a community and it brought their children to live together in greater solidarity in future. If people in a part of Manchester can find strength in their cohesion then why can that not be replicated? Why can’t old assumptions be replaced?

In Hulme on a still Thursday evening, people were doing that and the fried plantain and full tables were testament to a new English way.